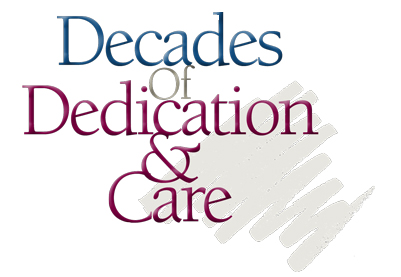 Armando and Dr. Minda Magundayao migrated from the Philippines in 1975 with the vision of wanting to make a better life for themselves and their future family. Dr. Minda’s first goal was to obtain a United States medical license. After years of little pay and many obstacles along her way, she continued to persevere, completed medical residencies and passed state licensing to become the first American licensed doctor in her family.

In January of 1993, Armando and Dr. Minda purchased a wedge-shaped building on the corner of 67th Street and North Broad for what would become the site of the medical center—a dream that would come to fruition.

In January of 1994, the Wedge Medical Center opened its doors as a mental health and drug and alcohol treatment facility. The Wedge first opened the doors with only three employees, Armando Magundayao, Patrick Palmer, and an additional employee. Mr. Palmer worked on developing the policy and procedures for the Wedge as Armando continued to complete the construction work needed to build a more business-like atmosphere.

The Wedge began seeing its initial clientele on a pro bono basis since, at the time, there were no existing contracts with insurance or managed care companies. Even after the roof collapsed and a threat of personal bankruptcy, the outlook of the Wedge Medical Center began to look more promising. The first contract was signed with Medco in November 1994, and they began to hire therapists. Initial funds were received in February of 1995, then South Wedge opened in mid-1995, later followed by Poplar. In 1998, Venango opened. Logan and Germantown opened in 2006, Juniper in 2007 and Frankford in 2010. Wedge has continued to grow, with three Opiate Treatment Programs and a PA Opiate Use Disorder Center of Excellence designation in 2016, and a new Enhanced Mental Health Outpatient clinic in 2017.

Today The Wedge employs over 200 staff members, and continues to remain dedicated to providing only the highest quality mental health and drug and alcohol services to those entrusted to its care.